I’ve finally forayed into the wonder of Soba Noodles. These guys are gluten-free, if you’re into that sort of thing, because they’re made of buckwheat. Contrary to my first assumptions, they’re not flabby or grainy, or bad tasting. In fact they taste like ordinary egg noodles. They are pretty calorific, however, at 291kcal per suggested serving, but I used a third of the suggested serving to reduce the calorie count but found it to be plenty by the time you’ve added the other ingredients. Plus buckwheat has a low GI, meaning it breaks down more slowly than ordinary noodles would, and is therefore less likely to turn to fat. 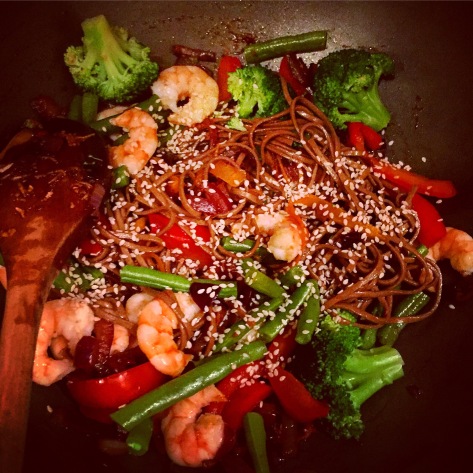 Half a red pepper

A few florets of broccoli

1. Chop up the lovely vegetables to your preference. I cut the green beans into thirds once they had been topped and tailed as well as keeping the broccoli pieces really small so that both of these could be cooked all the way through relatively quickly with the noodles. I chose to ribbon the carrots because I think this suits a noodle dish better but you can of course chop them however you like. 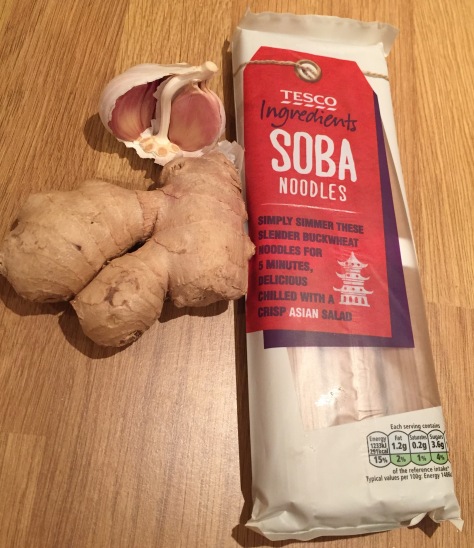 2. Next, grate the ginger and garlic, and add the groundnut oil to a wok or large frying pan over a medium to high heat. Chuck in the onions and peppers and allow them to start to soften, and put the beans and broccoli in a saucepan of boiling salted water to let them start cooking Then add the ginger, garlic and carrots to the wok, turning the heat down a little to avoid burning.

3. Mix up the various sauces, including the honey and sesame oil, in a bowl. If you’re using ready-cooked prawns like I did, chuck the prawns into the marinade at this stage, then pour and excess into the wok. 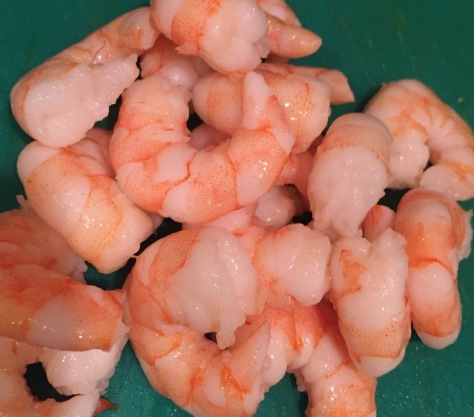 4. If you’re using raw prawns, add all of the sauce at this stage without marinating the prawns.

5. Add the noodles to the boiling water alongside the vegetables and allow to boil for around 4 minutes, until just cooked, then drain. If your prawns are raw, add them to the wok at this stage, as cooking both sides before chucking in the noodles. If the prawns are already cooked, you mute till make sure they are properly reheated without them turning rubbery. Add to the wok, and then add the noodles and any remaining sauce.

6. Make sure everything is nice and hot, sprinkle on the sesame seeds and serve.

I’d love to hear any recipes you may have for soba noodles as I’ll definitely be having them again!